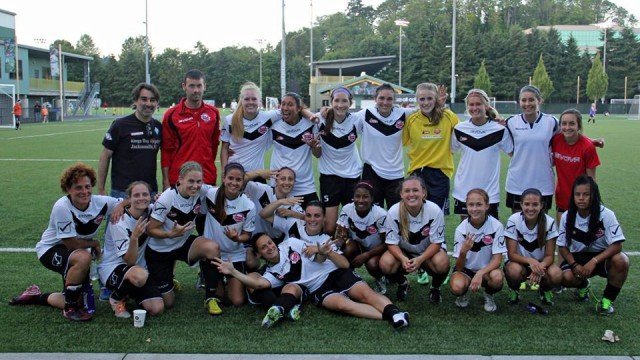 There is a successful piece of Italy in the northwest of USA. It is the AC Seattle women’s side, a team with “Italic brand” founded by Giuseppe Pezzano, who has been a pioneer of Italian ‘soccer’ in the USA.

Only two years after its birth, the team have already won the WPSL Northwest Conference in 2013 and came close to winning the competition the following year thanks to the work “made in Italy”. Some of the personalities involved in the project are head coach Sauro Fattori and players like Alia Guagni, Deborah Rinaldo and Ilenia Sancassani.

As we can read on the club’s official website, AC Seattle’s mission is “to create a cultural exchange between the USA and Italy with the aim of making the two different sport styles closer, through women soccer.“

Pezzano’s women’s soccer project also aspires to value our soccer in the USA and includes the establishment of an important development program for young American players with the direct cooperation of ACF Fiorentina. Also, many Italian players who played in the MLS will be involved in the project, among them 2006 World Cup winner Alessandro Nesta and Marco Di Vaio, the first Italian player to become a “designated player”.